Joe Kittinger, astronaut, on how to start being Agile

We’re often asked “but how do we get started with Agile?”

The truth is many organisations start with a small, insignificant project that should things go wrong, the consequences will be small, and the bizarre experiment can be swept under the carpet.

Start with something that has consequences, that people already have an emotional commitment to finishing – preferably to do something great or amazing.

A bit like NASA testing the first space-suit design in the space-race of the 1960s. Some of my favourite video ever made is of Joe Kittinger, the first ‘astronaut’ in many ways – the man who in August 1960 volunteered to test a space-suit design by heading to the edge of the atmosphere in an era when no rocket could get you there. So they sent him up hanging from a weather balloon.

How does he get back to earth? He makes the biggest leap of faith ever.

People are still the best computers

Apocryphal or not, this story from the science of space-flight does provide us with one of my favourite quotes, from German rocket scientist turned US space program engineer Wernher von Braun.

Wikipedia does a fine job summarising his life and work, and his contribution to the history of manned space flight through rocket design. I’m more interested in a view he held that aligns strongly with a lesson learned from Lean thinking.

As technologists we often feel compelled to automate things. The great promise of robots and computers was that they would take the drudgery out of daily tasks, leaving humans to think of higher matters. Like watching cats on the internet I suppose. But we usually automate the wrong things.

The natural temptation is to build software or machines that automate the complex, multi-variate, mind-boggling tasks to take out the variation and pain that would occur if a person did them. The resulting code or machine is naturally complex, perhaps incredibly clever, but equally unsuited to varying that solution by even a jot.

Lean teaches us to automate the simple, repetitive tasks and leave the complex, decision-heavy, multi-stranded, multi-variate tasks to a person (or people). When eventually they have innovated the task to be simple – you might automate it. Werner had a lovely take on this issue:

“Man is the best computer we can put aboard a spacecraft – and the only one that can be mass-produced using unskilled labour.”

This thought resonated with me today as we heard of the battles our smartest software developers have endured over the last 24 months writing a robot to interrogate text files and break down the content into different types. Every time the original document is improved for the product to be more customer-friendly (which is often), our robot breaks. Stimulated by the intellectual pursuit, we have coded our hearts out to solve this, often resolving that if the upstream folk could just stop changing the frickin’ format to please customers we’d be fine!

Then our own rocket scientist had a thought. What if we got people to do the job instead, giving them some simple tools to process, post-process and augment the content along the way? Ugh. Not sexy. Not ‘elegant’. But several times more efficient and producing output at the 99% quality level. Lunokhod thinking!

I close with another von Braun piece of wisdom, which perhaps comes from his rare reconciliation of both religious and scientific passions in his life: 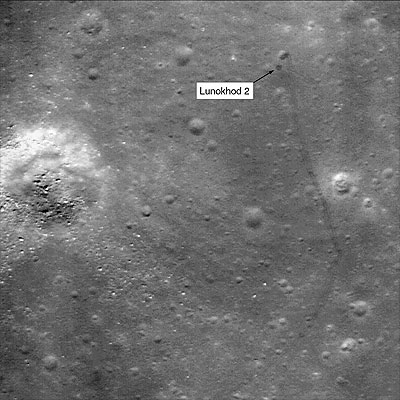